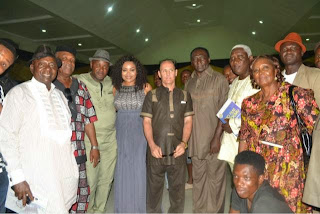 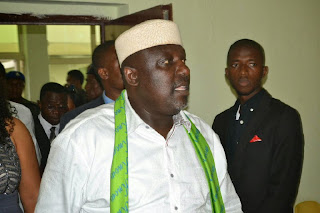 The much-talked-about Imo Film Academy(IFACA), an idea of Gov. Rochas Okorocha overseen by talented actress, Nkeiru Silvanus as the Director General was officially unveiled this past weekend in Imo state. The event held inside the multipurpose, newly built IFACA rehearsal hall was heavily attended by many top veteran Nollywood stars such as Okey Bakassi, Clem Ohamese, Andy Ike, Emeka Rollas, to name just a few including some international guests.

Governor Okorocha who was personally present at the event alongside his deputy, Prince Eze Madumere, apart from setting apart a vast area of land for the academy on which the magnificent IFACA rehearsal hall and other state-of-the-art facilities already exist, a staggering sum of N100million fund was also announced to promote and support Igbo speaking film through the Academy.

While decrying the marginalisation of the Igbo tribe in some key areas of the nation's affair and clamour for urgent redress, the governor was however optimistic that the movie industry is a veritable tool for proper cultural representation of the Igbos and also a catalyst for self-reliance among the youths.

On her part, the Director General, Nkeiru Silvanus reassured everyone of her commitment to use her vast wealth of knowledge in the art to bring about a great development in the state's movie industry.
Posted by AYODELE SAMUEL at 3:00 AM