Students Pass Vote of No Confidence on Yar Adua

Ayokunle Oloye Student Groups in Nigeria have passed a vote of no confidence on president Umaru Yar’Adua led administration for failing to resolve the crisis rocking the education sector. The student group lead by Education right Campaign ERC, include Coalition of Radical Students Unions CORASU, Committee of Students’ union President COSUP among others said the seven point agenda is a seven pointless agenda meant to deepen poverty and misery of the Nigerian working masses, youth and students. The student however declare October first a day of national mass action and demonstration protest against federal government refusal to sign agreement with university lecturers under ASSU. ERC national coordinator Hassan Taiwo Soweto said “against federal government refusal to meet the demands of the striking unions as well as the death of public education, we regard the Independence Day celebration as a shameless display of a focus less, visionless and failed government”. Soweto however call on Nigerian students, youths, workers labour leaders to shun government independence day celebration as a sign of public rejection of the government anti-poor policy of the past 49 years and particularly as a vote of no confidence on the Yar’Adua government. The protest which will hold in Lagos and Benin , Soweto called on Nigerian students and youths to also organize similar action every were they can. The groups also want the federal government to pay every student 40,000 as cost of studying allowance in tertiary institution . While the distant themselves from the recent plan to kidnap the minister of Education Dr Sam Egwu and his Labour counterpart Prince Adetokunbo Ademola as part of struggle of freedom of the education section although the group called for immediate removal of the ministers. The group however said “we don’t believe in kidnap, bombings, assassination or any form of individual terrorism as a method of struggle in keeping with Late Chief Gani Fawehinmi’s death wish call for the immediate removal of Sam Egwu for gross incompetence demonstrated in his poor handling of the on-going strike. We will not dwell on the easily deducible facts that the kidnap if, it was ever attempted, was not induced by any political motive nor one as honourable as resolving the ongoing strike but by cold financial calculations of demanding ransom. As far as we are concerned, it is the opulent lifestyle of corrupt Ministers like Sam Egwu and Adetokunbo Kayode who habitually flaunt stolen wealth in the face of mass poverty that is responsible for this and other kidnaps that have happened. But the Federal government wants to use this to blackmail the striking unions and Nigerian students. we only believe in mass action, peaceful protest and demonstrations and this is the method of struggle that will soon consign the Nigerian exploitive capitalist ruling class to the dustbin of history”
Posted by AYODELE SAMUEL at 10:14 AM No comments: 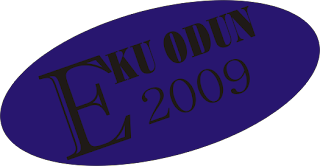 Posted by AYODELE SAMUEL at 3:45 AM No comments:

The strike that cripples our University has been view as one of the sabotage on the education sector from this administration. Although many students are counting their lost to the unending plight of their striking lecturers.

Even though as many of our graduates are half-baked due to the poor system in our 187 university across the country, ASUU strike should be another means of self baking in our set career.

Yes our 300 level student of Electrical Engineering has been counting days, doing nothing, perhaps, they should have been more interested in learning some local electrical techniques in a nearby electrical technicians shop, or an electrical firm, where he can earn little or nothing, but to gather experience.

The era of student learning trade have disappear, due to over civilization. A student in one of our striking institution recently told me of how he has been busy doing nothing daily, “ I cant really explain how I spend my time this days”, he lamented to me during our discussion.

Recently, a top Government official told me of how to build C.V in ones career, which many Nigerian youths lack, she disclosed that she gained experience outside the school environment, which really counts in C.V development.

Just last week, a 200 level student of Food Technology, told me of how he got a job in a Fast Food company across the country, but turn down the offer due to poor salary, Nigerian student should see the money as a motivator, and not As a Right.

Learning outside the school environment should be encouraged among our youths, mostly at this period, the leaders of school union have unjustly crippled our universities, due to the fact that they have failed to champion the cause of the students who elected them into the position they have are.

This opportunity may never surface for the great Nigerian students, if the Federal Government answers the plight of our schools lecturers; what we need is for the government to change the face of the educational system of our great nation
Posted by AYODELE SAMUEL at 2:15 AM 1 comment: 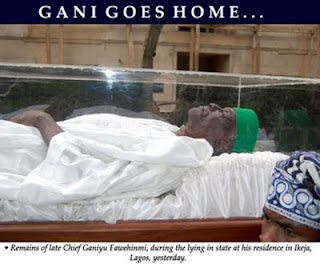 Good Bye Sir I thank you for giving me the chance to SHAKE YOU during a press conference in Antony Village Lagos, you indeed loved by Nigerians including IBB, OBJ, Umaru and other big thieves in our country God be with your Family Baba Gani you came,you saw, you make changes Thank Once again Nigerians Love You. Erin Wo, Gani is gone President Nigeria masses is no more, Our Hope is blinking Gani O Di Igba ose, We love you but God Love you Most
Posted by AYODELE SAMUEL at 2:04 AM No comments: