Posted by AYODELE SAMUEL at 2:59 AM No comments: 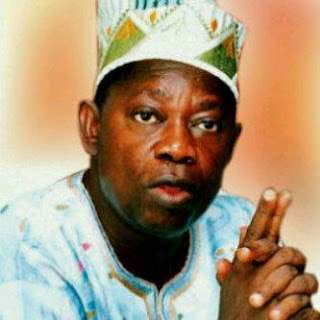 June 12 on my Mind Ayodele Samuel I was barely 4 years old when the June 12 general election was held, but the impact today remains the solid rock on which our ‘democracy’ stands. As young as I was then, I knew something was going on in town, I begin to suspect when my meal that morning was not properly served, My precious mother was in a hurry to cast her vote, leaving her last son meal to secure a better future for the poll. I never knew it was an election but am always happy to hear the name MKO Abiola… is our man oh!, till date MKO remain relevant in our politics 16 years after his death, his bequest still fears his enemies, failing politicians still use his name to disguise for their failure, his name sounds of that of a wise warrior who laid his life for his people, to fight another war. June 12 1993 is that day every Nigerian even the unborn will live to celebrate, the day Nigerians woke up early to conduct themselves in the most orderly manner for an election. As far as elections is concern in Nigeria, that election was one we cannot forget in a hurry even thou I didn’t participated , the electoral commission played by the rule of the game, the elections were properly planned and well conducted. It was all for Chief MKO Abiola, the heaven must have stand still for this man. A day another chapter was open for electoral process in this country, a day Nigeria history got a new topic, the last election that was error free, petition saved and no tribunal sitting, Nigerians indeed make up their minds to choose a leader. Many Nigerians are still traumatized by the June 12 brouhaha, it was indeed a turn around to many Nigerians live, my dad’s bettle windscreen was smashed during a protest to defend his vote and we had to go hungry to get a new one, while some were killed, jobs were lost, many went into exile yet opportunists emerge, they came calling as June 12 disciple and destroy our democracy. But June 12, 1993, was not just about Abiola; it was about so many other things- it was about democratic principles , the rule of law and the common man on the street, who Abiola died for. The fundamental thing about June 12 was that an election held and Abiola won. The crime about it was that some cabal secretly plotted against Abiola and eternally denied him of the mandate that the Nigerian masses gave to him. He was asked by the people to give them hope, but hopeless their get in return, selfish persons, a few of whom unfortunately are still trying to come around the corridors of power decided otherwise. Many who know nothing about true democracy, it tent and principle came and rode on the holy political day to swindle Nigerians. No national honour would be too much for this, man who won an election and was murdered for attempting to claim his mandate, he lost his business empire, his wealth and his wife was assassinated just to bring hope to the masses. However, with our more than a decade of democracy, our leader have successfully undermined the basic tenet of democracy of the right to vote and be counted in the favor of the common man on the street in which Abiola died for . Dividends of democracy is now at the peril of the masses, only the political heavyweight benefits from the government of the day, corruption has racked us, uncontrollable youths unemployment in the land, the common man on the street has no reason to be happy about government insensitivity to mindless killing, all this and more remains dishonor to this hero of our democracy. To honor a great man like MKO, the people must smile not just the change of name of institutions, government must work to eliminate the suffering of the people. June 12 is all about the common man on the street of Nigeria. Ayodele Samuel the National President Young Journalists Forum and a Correspondent with The Peoples Daily Newspaper could be reach at gtms06@yahoo.com
Posted by AYODELE SAMUEL at 1:15 AM No comments: