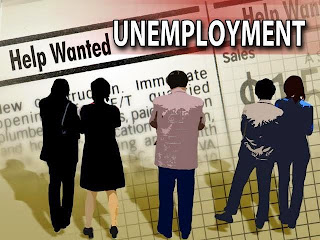 Ayodele Samuel in this report writes on how emergence of General Muhammadu Buhari's as President elect signals hope for Nigeria's dwindling economy.

Since his victory at the poll, General Muhammadu Buhari's emergence as Nigeria's president elect has begin to have positive effect on the nations economy.
Business managers and investors in the country have over the last few months faced heightened anxiety and commercial risks associated with the uncertainty surrounding the 2015 general elections.
They feared the result of the election will decide the fate of the ailing Nigeria's manufacturing sector and the economy.
Buhari's emergence has however boast manufacturers confidence of a stable business environment in the next four years.
Head of Corporate Finance and Capital Markets, SPA Ajibade and Company Mr. Kalu Abosi said the Nigerian economic climate still remains attractive for foreign investments, despite its present challenges.
Abosi, in a lecture titled: "Nigeria-macro Economic Environment and Implications for Foreign Investment," said Nigeria, as the largest economy in Africa, with Gross Domestic Product (GDP) of 549.6 billion dollars, was still attracting foreign investments, especially from private equity funds.
"Amidst the challenging economy, Nigeria's foreign direct investment still remains the third highest in Africa," he said, explaining that better understanding of the vagaries of doing business in Nigeria creates savvier investors.
He also noted that Monthly Foreign Portfolio Investment (FPI) transaction at the Nigeria Stock Exchange, which was N125 billion at the end of 2014, decreased to N99 billion at the beginning of 2015, down by 20.39 per cent from December, 2014, adding that domestic investors gave up approximately 4.48 per cent of trading to foreign investors, reducing from 51.76 per cent to 47.76 per cent while FPI transaction rose from 48.24 per cent to 52.24 per cent.
Abosi added that the present economic challenges faced by Nigeria were not insurmountable as things were not as bad as people made them to appear, noting that the successful outcome of presidential election has grown the country economically.
Also Lagos Chamber of Commerce and Industry (LCCI) Director General, Muda Yusuf argued that the factors that mostly lowered the confidence level of business leaders over the last few months is unpredictable political developments that has engendered uncertainty among economic agents.
Yusuf noted that confidence has been restored through the successful conduct of the poll.
"The more confident entrepreneurs and managers feel about the business environment, the more likely they are to make new investments, create job and impact the economy."
Although the incoming governments will be faced with a lot task, stakeholders in the sector are worried over discontinuation of some economic polices of the out going government.
Yusuf noted that operators in the oil and gas industry are mostly disturbed by the uncertainty surrounding delayed passage of the PIB coupled with the adverse developments in the global oil and gas market.
The Director, Membership and Public Relations, Nigeria Association of Small and Medium Enterprises, NASME, Nerus Ekezie urge the Buhari government to start from where his predecessor stopped.
"We are particular on continuation on most of the sound economic policies, like the agricultural transformation and the various SME development initiatives, including the sustainability of the SME intervention funds and the establishment of the Development Bank of Nigeria, all these must not be stopped," Ekezie said.
While many stakeholders hopes for acceleration of reforms in the oil and gas sector in order to attract more investments in both the upstream and downstream segments of the sector, and wage sustainable war on corruption in the sector.
Another sector, industry watchers are hoping will get full attention of the incoming government includes the controversial National Automobile policy.
Also Nigerians are expecting a sharp reduction in the price of cement, which currently goes for 2000 per 50kg bag.
Nigeria is the country with the highest price of cement in the World,
Chairman Cement Producers Association of Nigeria (CPAN), Prince David Iweta, said the product can be sold even below N1, 000 if the sub sector is adequately sanitized.
He called on the president- elect to declare, at his inauguration, a change in the price of cement from N2, 200 per bag to N1, 000 per bag.
lamenting that the cement industry has witnessed the worst height of corruption and injustice for the past six years after the death of Late President Musa Yar'Adua, Iwata said countries that have attained self sufficiency in cement production all over the world sell cement at N500 per bag. " Nigeria where the federal government has claimed success in the cement industry and net exporter of cement, the product is selling at N2, 200 per bag."
Organised Private Sector(OPS), under the Nigeria Employers' Consultative Association (NECA) implored the President-elect, Major-General Muhhamadu Buhari to ensure the creation of an enabling environment that will position the private sector as the engine of growth.
Its President, Mr. Larry Ettah, said liberalisation, promotion of free enterprise and further privatisation of state – owned businesses will go a long way in fast tracking the development of the economy.
He enjoined the President- elect to partner the organised private sector along, through dialogue and consultation, on the formulation and execution of key economic policies.
Ettah cautioned that though the tasks ahead were onerous but they were, however, not insurmountable as security, the economy and employment must be accorded priority in the agenda of the new government.
Manufacturers are however hopeful that the change of government will bring fortunes to the dying sector.
http://www.peoplesdailyng.com/buharis-victory-signals-hope-for-nigerias-dwindling-economy/
Posted by AYODELE SAMUEL at 1:27 AM